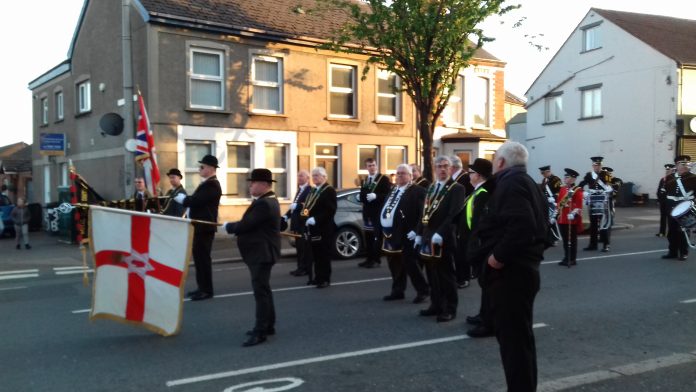 Ballymacarrett Royal Black District Chapter No4 held its annual VE Day parade around East Belfast on Friday 10th May 2019. This parade is held annually on the second Friday In May being a Friday near to 8th May (VE Day).  The parade was accompanied by Ballymacarrett Defenders Flute Band, Pride of the Raven Flute Band and Lord Carson Accordion Band.  The parade stopped midway to lay a wreath and conduct a short remembrance service at Willowfield War Memorial. This service was lead by Jim Carson from Emmanuel Evangelical Church in Roslyn Street.  The parade also stopped at Foxglove Street off the Beersbridge Road to lay a wreath at a mural dedicated to the contribution of Polish service men in WW2. The second stop was to recognise the role of the many non British allies who helped defeat Nazis Germany and in this instance especially the contribution of our Polish allies and the continued links which exist between Poland and Ulster. The parade had enhanced meaning this year also marking the District Chapter’s 125th anniversary. 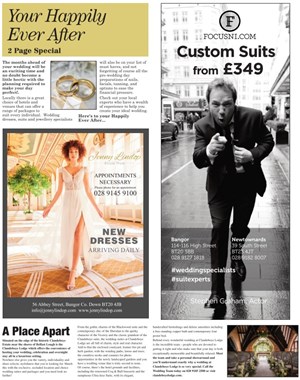 © Copyright Spectator Newspapers Ltd 2019.
Registered in Northern Ireland. Registered office: 91 Main Street, Bangor, Co. Down. BT20 4AF
Get the latest news fast, by signing up to our mailing listsYour information will be used in accordance with our privacy policy